How to install and setup PostgreSQL on Ubuntu Server 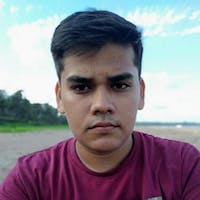 Hey, this is a tutorial to keep a note for myself and others. After countless stupid tries, I think I have finally understood the right to install and set up the PostgreSQL database.

To install the PostgreSQL we need to type the following command.

By default, Postgres uses a concept called “roles” to handle authentication and authorization. These are, in some ways, similar to regular Unix-style accounts, but Postgres does not distinguish between users and groups and instead prefers the more flexible term “role”.

Upon installation, Postgres is set up to use ident authentication, meaning that it associates Postgres roles with a matching Unix/Linux system account. If a role exists within Postgres, a Unix/Linux username with the same name is able to sign in as that role.

You can now access the Postgres prompt by typing

Above command will create a new role with privileges to login and create databases. Read more

If you don't have a Linux user with role name you specified above then we need to create the user.

For creating the user following command can be used

Now we need to create the default database which will be used to access the database because the Postgres authentication system makes assumption by default that for any role used to log in, that role will have a database with the same name which it can access.

Now, we can create any database we want by using the above command and access the psql